Welcome to Sha Po Lang! Use the buttons below to navigate through the carrd.

novel info.
English translation written by NorthWestFlower/Emi and edited by Shy on Wattpad.
As written on Wattpad...

A big thank you to Priest for crafting this well written novel pack full of action, heart-wrenching and healing moments alike. Taking this time to also thank Emi and Shy for their hard work to bring to life an English translation of this novel for international fans. This novel also has an audio drama adaptation; much gratitude to foxghost's team for an English translation of the audio drama.

In the age of the Great Liang Dynasty, the lives of the people were made convenient with steam-powered machines that run on a fuel named Ziliujin. Chang Geng, who lived in a small countryside village, shared a distant relationship with his mother while his stepfather was away most of the year round, and the only people he was close to were two little kids, the village teacher, and his yi fu. But his life was flipped upside down one day following the barbaric Man tribes' invasion, and it turned out that his entire identity had been an illusion - not only was Chang Geng himself not the country boy he thought he was, but also his mother, his teacher, and even his beloved yi fu...

Heavy Spoilers.
- for those who would like to view resources after reading the novel. this section contains: informational twitter threads, meta, academic article, spreadsheet information about the novel (including a timeline), and a few spoiler-y memes.
- heavy spoilers

Changgu Week.
- an event hosted on twitter by fans, information on changgu week is posted in this account: changgu week account. see you in 2021 for another week of changgu!

In order to preserve the reading experience, summaries of a few characters below are written with as little spoilers as possible (with the addition of memes). As you read Sha Po Lang you will meet various characters along the way. 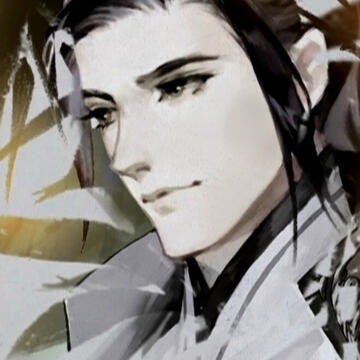 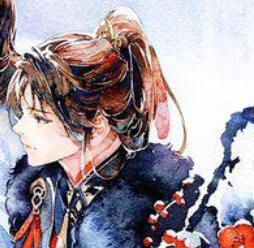 顾昀 Gu Yun
The Marquis of Order, leader of the Black Iron Camp.

view twitter link meme: hereacts like a slut but is he really? 🧐known as the "sexy monocle man" you see around tl/dashboardtwo brilliant cinnabar moles (artists usually draw these on the corner near his left eye and left earlobe) 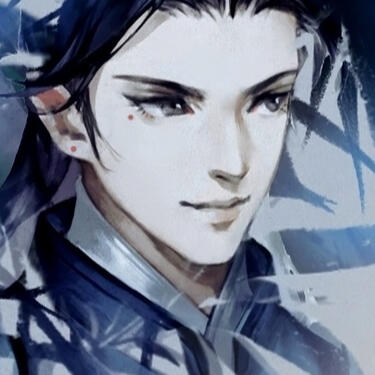 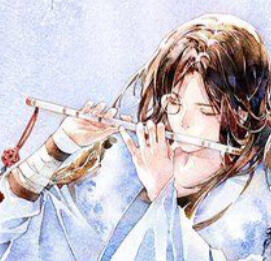 "old maid shen"shen "i don't get paid enough for this" yihonestly mvp... you'll understand when you meet him 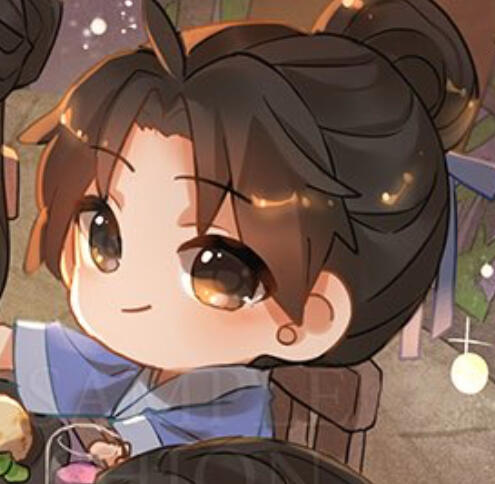 Disabilities caused by third party, tortureChild abuse Driven to insanityNeedlesAbleism (directed at the main character who is deaf and blind, and a side character for his weight)Self-harm (on more than one occasion)Mentions of rapeReferenced/implied cannibalism (more than one occasion)Genocide and racism (Westerners directed toward Great Liang, but also from Great Liang toward the Western Regions & Eighteen Tribes)Transphobic language (in reference to Cao Chunhua (although it's ambiguous how Cao Chunhua views themself))SlaveryChild soldiersSuicide soldiersReligious relic made with human leatherYifu Kink (not to be confused with "daddy kink"; this kink includes calling 'yifu', dressing, and feeding him)

spoiler zone. reading this will spoil the story, but to address any concerns you may have:

If your Sha Po Lang mutuals and Sha Po Lang content creators on your TL/Dashboard haven't convinced you that Sha Po Lang's main couple pairing...
- is NOT incest
- does not contain grooming
- is a mutual relationship (both parties consent and are of age when relationship was pursued)

here is a section you can read...

In regards to concerns about "incest." Let's cover a few topics, shall we?

- The sections on Foster Parent and Adoptive Parent were removed and rewritten as these terms do not apply to China in the past. Please view the information below.

Excerpts pulled out from a Twitter Thread: Stepfather vs. Adoptive father vs Godfather https://twitter.com/yupetals/status/1338678152743317504

养父 = Adoptive father. The first character in this word is 养 which indicates someone who feeds you or gives you nourishment. Yangfu.

义父 = Godfather. It has a deeper meaning. It is difficult to accurately translate from Hanyu to English given these contextual (and cultural) nuances. This is a term used back then. ("Foster" would be not be accurate as there was not such thing as a Foster System back in the day in China. Please view the Twitter Thread for more information.) A better meaning for 义父 would be godfather. This goes back to old traditions. A person may have a father at the present moment, but can also have a godfather (male sponsor).

This leads into the next bullet point below.

- Old Chinese Traditions and In-Novel Traditions
In regards to old Chinese traditions, if someone saves your life, you owe them until the day you die. You are in-debt to them and will do your best to assist them should they call for your help. Nowadays this tradition is not practiced as much (or even at all); it's more of "Gee, thanks" and they move on their own way. In the novel, it takes this tradition further. Let's take a look at an excerpt from chapter 1:

According to local tradition, when you were greatly indebted to someone and there was no way of paying them back, you would formally acknowledge that person’s descendants (if he/she had any) or that person him or herself as your family.

The Shen brothers had saved Chang Geng from under the wolves’ mouths, and this was enough for Chang Geng to nominally acknowledge one of the two as his father.

Mister Shen studied so hard he broke his brain, and he insisted that it wasn’t right and wouldn’t accept Chang Geng as his son. But his dear old brother didn’t care; Sixteen went ahead and called Chang Geng “son” right on the spot.

Chang Geng pledges to serve Shiliu (2333 translations directly translated Shiliu as Sixteen) as repayment for saving his life. He takes in Shiliu as part of his family, thus he calls Shiliu "Yifu." Note that Chang Geng already has an adoptive father (Xu Baihu).

Later when Chang Geng is brought to the dying Emperor (his biological father), the Emperor asks Gu Yun to take young Chang Geng in to protect the latter from court (cut-throat environment). Gu Yun becomes Chang Geng's Godfather. Once Chang Geng becomes of age, Gu Yun is no longer his Godfather.

‼️Spoilers‼️ Excerpts pulled out from Becca's thread:
Age gap is 7 years.CG develops a crush/falls in love as a young teenager and as a reader you’ll notice that he never really sees GY as a father (yifu) despite calling him that.GY has NO IDEA how to take care of a moody teenager but tries his best after the circumstances.If you’re worried about grooming, then rest assured there’s absolutely nothing of that. At this point GY loves CG in his own way, but not romantically.While CG grows up, they go years without seeing each other.CG is over 20 before there’s any romantic development.GY also struggles a lot with seeing CG in this new, romantic light.
As Becca mentions in the thread, it’s up to you to decide if you would like to read. This novel isn’t exactly “one size fits all.”

Misconceptions about the novel.
- The novel is not only about defeating westerners. Yes, the novel mentions being at war with westerners, however, keep in mind westerners are one of many factions.

- SPL does not "lack" romance, it's just that it's a type that does not focus on the romance...it was a deliberate choice and not a flaw.

In the conflict formula, there is a conflict between the revolutionary cause and romantic drive and in the end, the characters must relinquish love for the revolution.

In the reciprocation formula, the revolution served as an incentive bringing forth true romantic feelings between the characters.

Lastly, in the nurturing formula, love emanated from the comradeship and compassion of the characters, and hence, revolution was love.

It's a great showcase of how danmei/BL isn't just about love stories. There's so much more to them.

Heavy Spoilers.
Those who haven't read Sha Po Lang or finished reading yet are not recommended to read the heavy spoilers section. This section contains the following: informational twitter threads, meta, academic article, spreadsheet information about the novel, and a few spoiler-y memes. Note: you can view the relationships/factions in the spreadsheet.

‼️You are always welcome to revisit this carrd's section at the end of your reading.

The following thread and meta links below are up to interpretation; these are made by fellow Sha Po Lang fans. If you have time, these threads are worth checking out.

‼️The following below contains heavy spoilers‼️
Labels of threads are written for your convenience.

Informational Tumblr Asks.
- conspiracy behind GY being wifeless
- who's in the know about changgu
- on whether changgu's height difference is canon
- CG's relationship with Liao Ran and Chen Qingxu
- interpretation on GY's feelings for CG after the timeskip
- GY's previous experience
- "goddess" and religion of the Eighteen Tribes

Spreadsheet Information on SPL.
- spreadsheet contains character list, relationships/factions, timeline, vocabulary, political plans and laws. If you use or share this, please be sure to properly credit.
(combined efforts @floralfrost, @weilanchanggu, and @beneaththebrim)

All contributions are written in this page. Permission was granted to use these resources in this carrd. A big thank you to the carrd team! 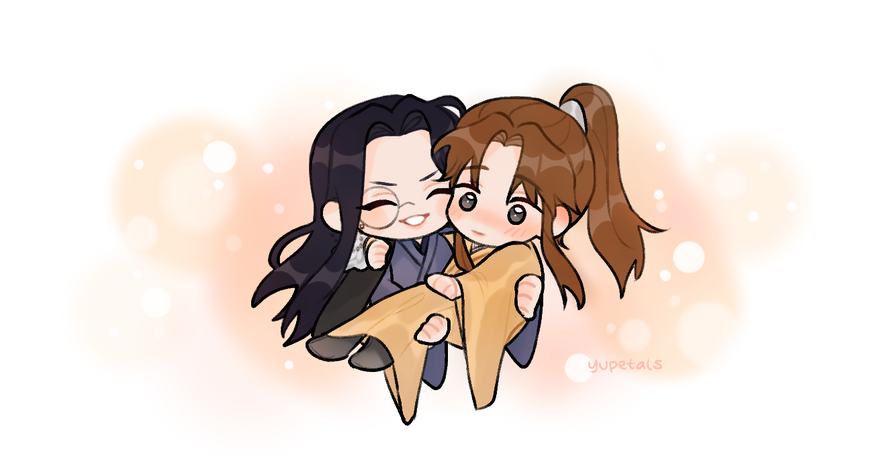